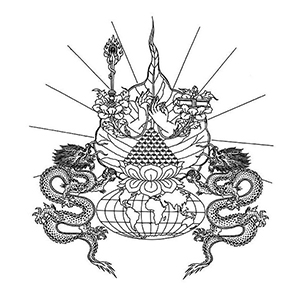 How is emptiness realized and what are illusory appearances? To get a clear understanding of these levels of reality we need to rely on the scriptures of the Indian masters.

Arya Nagarjuna was one of the greatest scholars of the ancient Nalanda tradition and his work «Fundamental Wisdom» is a masterpiece. Lama Tsongkhapa saw this excellent work as very important and realized emptiness through reading commentaries on Chapter 18 of this text.

Geshe Namdak will explain this inspiring and profound chapter and enrich it with teachings on illusory appearances.

He studied for 20 years at Sera Jey, one of the great Tibetan Buddhist monasteries in India, where he received his Geshe degree in 2017. He continued his practice at Gyume Tantric College for one year and was also appointed by the office of His Holiness the Dalai Lama to teach monastic conduct to Western aspirants in Dharamsala, India. Geshe Namdak is currently the resident teacher at Jamyang Centre, London.